International Day of Tolerance – Be Remembered for What YOU do Next 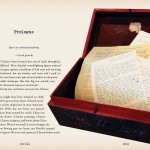 Today is the International Day of Tolerance.

Seventy four years ago at this very moment, my young Czech father was on the wrong side of desperate as he encountered the greatest intolerance the world has ever seen. Hitler and his henchmen were making their hate known toward a wide array of people they deemed “undesirables”:  Jews, Romas (Gypsies), Poles and other Slavs, Homosexuals, people with physical or mental disabilities, Jehovah’s Witnesses, dissenting clergy, along with political enemies. Also targeted by the Nazis were alcoholics, prostitutes, and others they considered unfit for society as they viewed it.  In the end their intolerance led to a genocide policy that ended the lives of some 11 million people.

My dad was one of the lucky survivors from this world of intolerance.  He escaped the Nazis who had occupied his Bohemian homeland and arrived in Shanghai, China in July 1939. At the time, Shanghai was occupied by the Japanese and the port was one of the few in the world that had no visa requirement or landing fee.  It was overrun with European Jewish immigrants seeking refuge from a deteriorating situation brought on by Hitler’s emerging persecution. But Shanghai gave him refuge and forevermore, my family – that exists because of this –  is appreciative!

Please know that YOU will be remembered for what you do next.  Make sure you treat others with dignity and respect. It matters not just on this International Day of Tolerance but every day.  Imagine the peace we would attain in our world if we each did our part.