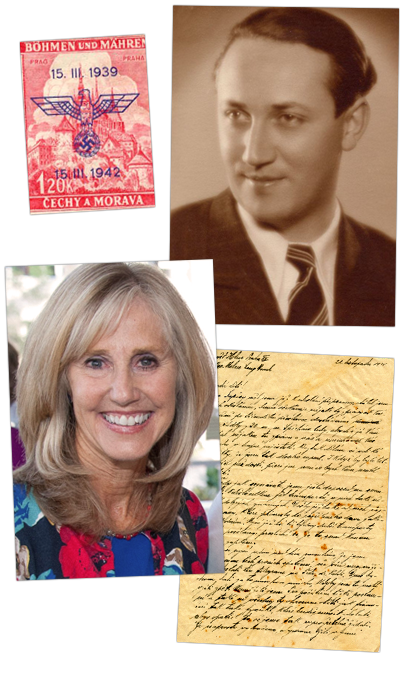 From a Treasure Trove
of Secret Letters….
WWII Stories Unlike Any Others

Adventurers Against Their Will: Extraordinary World War II Stories of Survival, Escape, and Connection—Unlike Any Others
Winner - 2013 Global Ebook Award: Nonfiction Biography

"...a brilliant and compelling account of men and women caught in the turbulence of war. Part insightful history and part family drama, the book leads readers on a journey into the past, answering many questions and posing new ones along the way. Joanie Schirm has made a fresh and vital contribution to our understanding of world War II’s impact on the lives of people in Central Europe."

Available in Paperback, joanieschirm, and Czech

What People Are Saying:

“A personal story of the triumph of the human spirit and the universal quest for peace, Joanie Holzer
Schirm’s My Dear Boy takes us on a journey around much of the world, traversing history as well as geography.
It is a timeless and moving World War II story told by the author through the words of her refugee father.”
—Nina Streich, executive director, Global Peace Collaborative

“This stunning tribute to Schirm’s father’s legacy of service reminds us that our
examination of the human heart as individual characters should lead us to protect the dignity of all others, no
matter the friction of our differences.”
—Buddy Dyer, mayor of Orlando

“Using the resources associated with My Dear Boy and Adventurers Against Their Will helped to further humanize the story of the Holocaust with my students. I greatly appreciated how well it tied into the existing resources I use with my students, such as Echoes & Reflections. The stories and letters complimented many of the testimonies I had already used in class, most of which are now part of the study guide created for the resources. My students especially appreciated the "normalcy" of the exchanges. One letter to Valdik speaks of the palm trees of Southern California, a student asked me – well, how did he know about them? That sparked a great discussion! It was also valuable to show students the primary mode of communication during this time period, which is so different than what we have today.”
—Jennifer L. Goss, M.A., N.B.C.T, Social Studies Teacher at Staunton High School (V.A.), Echoes & Reflections Facilitator, U.S.H.M.M. Teacher Fellow ’10

“I use the packet of selected letters from Adventurers Against Their Will with students alongside the U.S.H.M.M. activity "Why Didn’t They Just Leave?" Students look at the requirements to leave Nazi Germany and the requirements to get into the U.S. at the time. Then, they read the letters in the packet and see how Valdik and his friends dealt with this in their emigrations. By the end of the activity, students no longer ask why the Jews didn’t just leave because they see how difficult it was to do so, and see the outcomes for those who are able to. We also utilize visual history testimonies from Echoes & Reflections, such as Esther Clifford, allowing students to hear the voices of survivors who tried to get out of Germany. After learning more about Valdik’s story, students look at letters from his parents, from My Dear Boy, and discuss the few choices available to those who were unable to escape. Students are able to experience the power of the written word and of letter writing, and really feel they get to know the "characters" they are reading from.”
—Kimberly Klett, English and Holocaust Studies Teacher at Dobson High School, Mesa, AZEchoes & Reflections Trainer, USHMM Museum Teacher Fellow (’03)

“Schirm’s power as a writer lies in her gift of crystalline focus. Her family story is one of grace in
the face of universal struggle: full of awe, dappled synchronicities, and complicated life ‘happenings’
that touch one’s core. It is a gift for the next generation and the next.”
—Pat Williams, senior vice president of the Orlando Magic and author of Coach Wooden’s Forgotten Teams 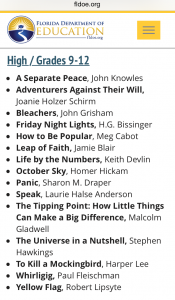 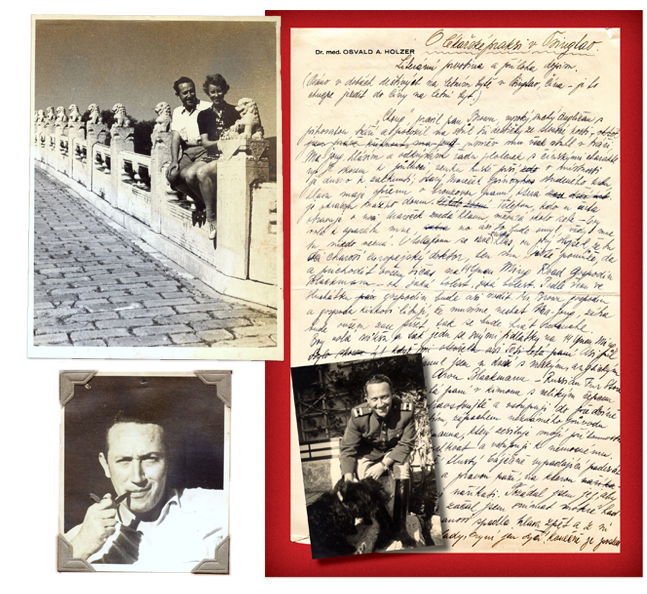 Based on her father’s collection of 400 old letters, Joanie Schirm's book series is the deeply personal account of a daughter’s investigative journey some 70 years later to locate the Czech correspondents and their descendants around the world. “My father never mentioned that upon his death he planned to leave a magnificent gift,” Schirm tells us, a “treasure trove” in which “I would come across the very souls of his cousins and friends. Many of the secrets were ghastly. Lives lost, lives shattered. Friends abandoned. Lovers betrayed. The paths I followed beyond the letters made clear that guilt and grief continued to wound and sometimes cripple those who remained, long after the war was over.” And yet the story that they ultimately add up to –  as emotionally absorbing as a novel, as meticulously documented as the important work of history – is not one of mere survival but of triumph. Beautifully rendered and profoundly moving, Joanie Schirm's book series is a gift for us all.

Praise for My Dear Boy

“Out of the emotional landscape of her father’s WWII experiences comes an extraordinary story of hope, passionately written…At the heart of this book is the message in one letter than changed the way Dr. Holzer lived his life. This book is a labor of love for a daughter who tells a compelling story of a father who lived an exemplary life.”

Praise for Adventurers Against Their Will

“Adventurers Against Their Will is a powerful wartime story revolving around true historical events. Based on scrupulous research, Joanie Schirm has dug deep into her own family history and beyond to recreate the lost world of Jewish culture in interwar Czechoslovakia and the horrors that followed during the Nazi occupation of Bohemia and Moravia. An emotionally powerful book for anyone interested in the vanished universe of early twentieth-century Central Europe and the war that destroyed it.”

Robert Gerwarth, author of Hitler’s Hangman: The Life and Death of Reinhard Heydrich 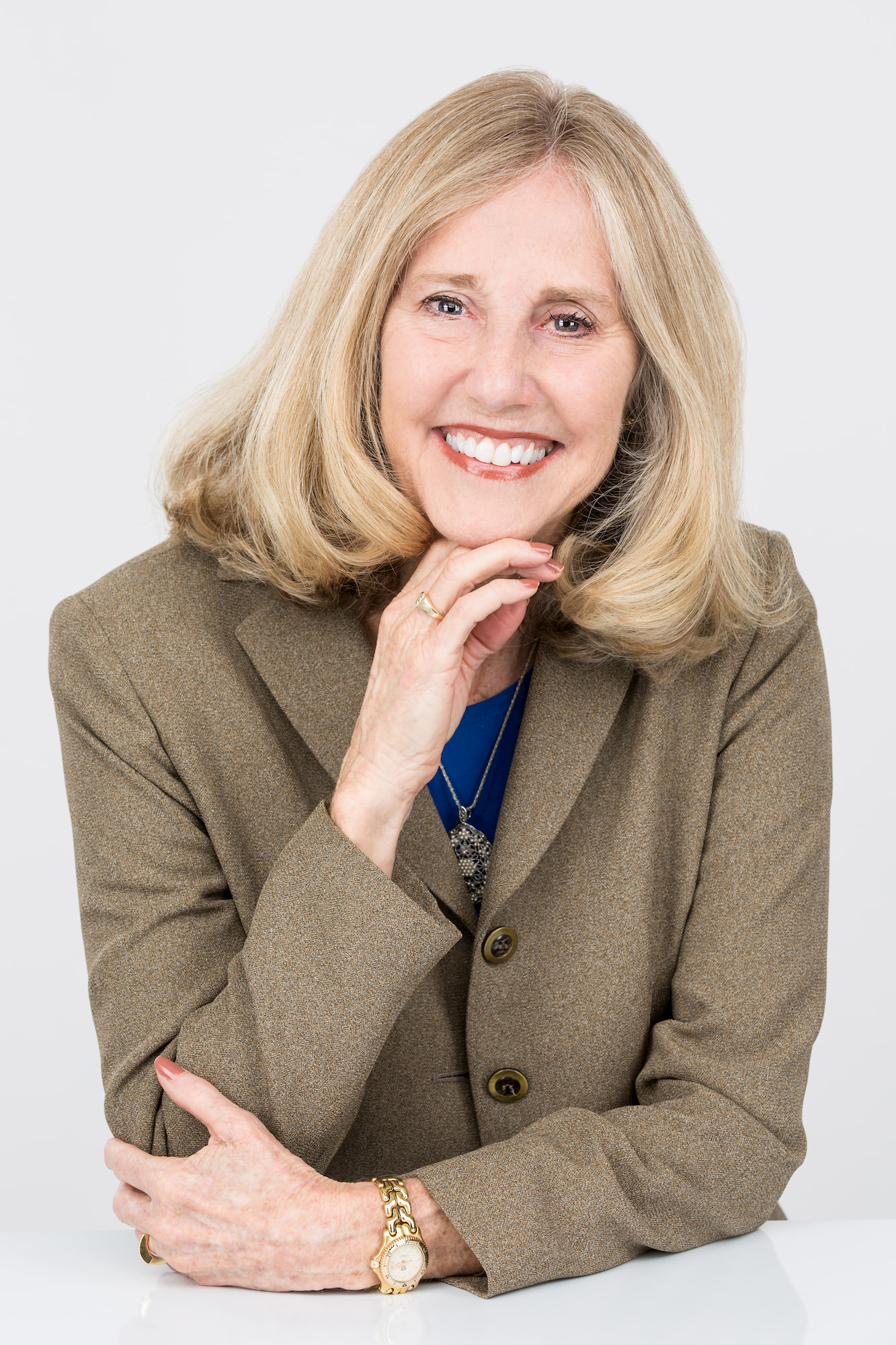 A dad’s journey. A daughter’s discovery. An inspiring story of love, despair, and triumph has consumed Joanie Holzer Schirm’s life for nearly two decades. During her childhood on an idyllic barrier island on the Space Coast of Florida, Joanie first heard many of the stories detailed in her books through the colorful tales of her Czech-American physician father. She knew she wanted to write these stories down one day. She had no idea some fifty years later; her influential nonfiction books would win the 2013 Global Ebook Award for Biography and be named a finalist in the Foreword Review Indies Book of the Year autobiography/memoir category. Lesson plans accompanying her books are used in Social Studies and ELA classrooms in America and Europe. In addition to writing books and articles, Joanie Schirm is a photographer, world traveler, community activist, sought-after speaker, and former Orlando, Florida award-winning businesswoman. Internationally known for her leadership role in Orlando’s hosting of FIFA’s World Cup USA 1994, Joanie considers herself a citizen of the world speaking up for human rights, social justice, and the importance of preserving the past to protect the future.

“My father gave me a lot throughout my life, but this unexpected gift is the most important—the gift of memory—the gift that became his legacy. His story empowered me to become a driving force for change – changing the world to appreciate the richness we gain from our diversity and to understand the perils of remaining silent when our neighbors are in trouble. From a place of profound sadness to a sanctuary of bright hope, I’ve learned that if we understand the past, it can guide us forward to a better world.”

Updates from the author