My Road to Truth

As I watch the endless news stories about the Ukrainian people driven from their homeland by a ruthless tyrant, I think of my journey to understand my father’s refugee years and how what I learned changed the trajectory of my life and my view of the world. I look at the face of a refugee and know that we must not only care for them but we must care enough to act when we see danger coming so the future doesn’t repeat history as it is once again.

My road to the truth was a long one. Growing up on a peaceful island on the east coast of Florida, my father, Oswald “Valdik” Holzer’s stories from his Czech homeland mesmerized me. During the years between wars (WWI and II), Dad’s childhood tales as the only child of Ashkenazi Jews living in Bohemia always sounded joy-filled. His photographic memory recalled vivid descriptions of a list of relatives I had not yet met – grandparents Arnost and Olga, Uncle Leo and Aunts Valda and Olga, cousins Jiri, Pavel and Hanus, and more. The family’s history traced back more than 300 years.

Memories of catching ugly bony carp in Benešov’s nearby ponds sounded familiar to my attempts at catching ugly bony catfish in the Indian River Lagoon. His springtime walks near his home with his dad on the grounds of the famous castle, Konopiště, was impossible to top. There was no renowned local comparison on our island as his hometown castle dated back to the 13th century. We also had no history to cite as famous as the last Konopiště owner—the Austrian Archduke Franz Ferdinand, whose assassination served as a starting spark for WWI.

As Dad spoke of his years at Charles University, Prague’s Old Town Square took front and center with pub crawls with Czech named friends like Vlada, Karel, Franta, and Bala studying medicine, like he or attorneys- in-the-making. He shared little reflection on what was bubbling upon their country’s border in my youth. Much later, I would realize the same years of his joy in the 1930s were the same as when the German Nazis were flexing their muscles with the new leader Adolf Hitler voicing his vitriol not just for Jews but towards anyone he deemed inferior.

All the people Dad spoke about became engulfed in the terror that became WWII. His parents and forty-two other relatives lost their lives in the Holocaust. Many of Dad’s cousins and friends either fled the country as he did, taking on the life of a refugee, or remained trapped behind in German territory. Most lost family, friends, home and homeland, possessions, occupations, religious faith, and sometimes identity. Their old letters echo Ukrainians’ fear, despair, displacement, loss, and hope in the worst of circumstances – while we watch our TVs or stare at our social media, helpless and distraught, looking for actions that stop the madness.

As I became more and more intrigued about the truth behind his stories, I decided I must make a pilgrimage someday to his homeland. Little did I know a secret WWII letter collection that my father hid away after the war would take over the last chapter of my life. What started as a journey inspired by my dad’s stories and letter collection ended with a tribute to him. I’ve made five trips to the Czech lands. Each with a family reunion-now multiplied. Although my dad became a proud American citizen, he never lost his love of all things Czech.

I’ve traveled the world meeting some of the seventy-eight correspondents of over 400 letters. I’ve met descendants for many of them. I continue to seek the truth of how a vibrant democracy in Germany and Czechoslovakia can fail under the watchful eye of those who cherish their freedom. One thing I know. As democracy erodes, silence is dangerous.

The journey for truth also changed me, my children, my grandchildren forever. They know they exist because Dad became a refugee – thrust into a world at war, not anxious to provide safe harbor for those on the run.

As Putin’s war now sends millions of Ukrainian refugees into the world, I know their lives are forever changed. May the world’s people provide the Ukrainians, facing an uncertain future, a safe harbor until they are safe to return to their homeland. 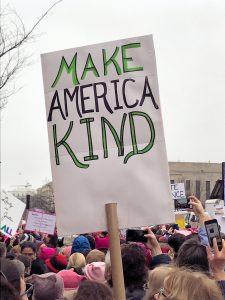 Consider giving to the: