Chinese Box Contents Soon to be Revealed in My Dear Boy: The Discovery of a Lifetime

Chinese Box Contents Soon to be Revealed in My Dear Boy: The Discovery of a Lifetime 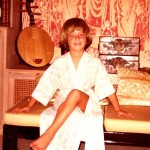 Thirteen years ago, in the midst of the most difficult moment of my life after my parents, Oswald and Ruth Alice Holzer, died within two days of each other, I was bestowed an amazing gift.  I just didn’t know it at the time. December 15 is my birthday. Each year since then I recognize that it was the best gift I have or ever will receive.

The “gift” came by way of a discovery after my parents passed away. Among their belongings were 400 World War II-era letters that my Czech-American father hid away after the war in some old Chinese lacquer boxes.  It turns out they were the discovery of a lifetime.
In January 2014, it will be six years since I set out to write books based on the unearthing of the letters and the secrets they held. During my childhood, the Chinese boxes held special places in our Melbourne Beach and Indialantic, Florida homes. They sat atop book shelves in my parents’ bedroom; on living room shelves beside fancy books and artwork; even on a bench built between bookshelves where people occasionally sat next to them, unknowing of what lay within. One innocent was my young daughter Kelly in 1978 (see photo and two Chinese boxes!).

As we grew up beside the boxes, never did my brother Tom, sister Pat, or I think to open their latches and look inside. It was after our beloved parents passed away that we found them among their belongings.  As a part of my inheritance, I chose the missives written by 78 people to my father. Next, they sat in a closet until 2008 when I sold my engineering firm to “retire.”

Written mostly in Czech, reflecting my dad’s heritage, when translated the letters revealed the details of my father’s life as a displaced person who traveled through five continents as he sought safe refuge after the 1939 Nazi occupation of his Czech homeland. They told the stories of the 78 people whose lives were tossed in to dangerous tumult. As hate ruled the day, these people had lost their human rights and dignity.

The letters, written from 1939-46 by friends and relatives, tell the story of some, like my father, who managed to escape and survive. Written from such places as Great Britain, France, Ecuador, China and the USA, most of the letters reached my dad when he was a refuge in China. Others detail the circumstance of those trapped behind – ones who lived; others who died in death camps.  My grandparents, Arnost and Olga Holzer, were among 44 relatives who perished in the Holocaust.

My father escaped to tell about it. But the ‘it’ became unspeakable. In 1989, when I interviewed him for 7 hours, he didn’t tell me the hardest stories revealed in the letters. I realize now, he couldn’t bring himself to tell all of what these letters held – lives disrupted, lives ended, horror and hope all rolled up in lives stored away under our noses. My dad hid them but never destroyed them. He knew how important the voices would be to the world once they could speak again. I was given the opportunity to set them free.

As I think about how I agonized over my 2008 retirement and wondered how I’d fill my time, I realize the letters provided me the most enduring gift. By saving these precious letters, my father was able to share critical messages of what is important in order for us to build a more compassionate world.

Together we must protect human rights and dignity. No matter our differences, we should treat others with respect. If work hard each day to be remembered for what we do next for humanity to ease suffering, we will succeed.

My first book: Adventurers Against Their Will is about seven of the letter writers and my quest to find them or their descendants across the globe to learn the full story of their lives. It won the 2013 Global Ebook Award for Best Biography.

My second book: My Dear Boy: The Discovery of a Lifetime is the companion book to those stories. It is the book I set out to write first before I was drawn to try to find his friends and write about them – their lives mattered.

The soon-to-be-published My Dear Boy is written as a dual memoir. It tells my father’s epic WWII tale and my modern quest to understand the meaning of the letters for today’s world. The book centers on the last letter my grandfather wrote my dad in April 1942. Addressed to My Dear Boy, Arnost’s letter contains a universal wish for how we should all live our lives.

What a journey it has been.  How grateful I am to be able to share what it all means with the world!

Peace and love.  What the world needs more of… Joanie