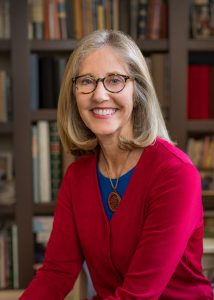 Joanie Holzer Schirm is a retired CEO who, in many ways, represents the new face of retirement. She’s still learning, still growing, still active in her community and still working. Only these days Joanie’s working on a passion project and winning awards like the Global Ebook Award for Best Biography and Book Trailer (for her first book, Adventurers Against Their Will).

At the cornerstone of her book series, including My Dear Boy, is a collection of WWII letters, documents, and objects that serve as witnesses to history. Known as the Holzer Collection for which Joanie serves as an archivist, the secret treasure trove was preserved by her father, Dr. Oswald Holzer. Public exhibitions have highlighted these objects in Orlando, Frankfurt, and Prague.

“My father gave me a lot throughout my life, but this unexpected gift is the most important—the gift of memory—the gift that became his legacy. His story empowered me to become a driving force for change – changing the world to appreciate the richness we gain from our diversity and to understand the perils of remaining silent when our neighbors are in trouble. From a place of profound sadness to a sanctuary of bright hope, I’ve learned that if we understand the past, it can guide us forward to a better world.”

In addition to writing books, articles, and weekly opinion pieces in the Orlando Sentinel, Joanie is a community activist, world traveler, photographer sought-after public speaker, and former Orlando, Florida award-winning businesswoman. The stories Joanie writes about have been broadcast on American and Czech Republic TV and Radio. Joanie is a mother of two, Kelly and Derick, and lives in Orlando with her husband, Roger Neiswender.