I broke up with an old friend today. Since our friendship began in 1981, the whole situation was very upsetting. I have to admit this relationship was never a deep, intellectual connection. It mostly revolved around shopping. What maintained the bond the longest was travel. Together we trekked the world.

The idea of a break-up began about seven years ago when I first retired and became a struggling writer.  Until then, as a small business CEO, I was convinced the benefits greatly outweighed what was required to nurture the thirty-three year association. Recently, however, I took a look at the whole situation. As I skimmed over the fine print of life, I saw it was any longer worth it. Clearly, they were receiving more than I.

The worst part was there were others involved. For the least disruption and to keep life nearly as it was before the break-up, those connections had to be introduced to another acquaintance before I could make the separation final.   You may have already guessed this was not your usual friendship.  It always felt kind of plastic.

That’s because I’m talking about a credit card – and not just any credit card – American Express Platinum Credit Card. Like no other card relationship, this one has been with me longer than my husband.  But, unlike my husband, after recent careful analysis of what I used from all the offerings, I realized I just couldn’t take advantage of most of what the card made available.

The Platinum Card relationship folks probably feel the same about me. After all, I’m no Danielle Steel or J. K. Rowling. Maybe someday I will be that stature of author. Perhaps American Express will make that possible by sponsoring my books worldwide.  We’d then travel together again.  But for now, I took a close look at our annual Platinum bill for both wife and husband card holders and it finally made me cry out: Yowza.

Beyond the emotional decision of leaving behind this plastic friend who’d seen me through thick and thin, the most agony was caused by having to redo automatic direct pay accounts on numerous web sites.  Most forms crashed a few times before accepting the change. Two hours after I began visiting countless sites, a painful breakup was over. My replacement friend was in place.

To mourn the loss of my longtime friend and to celebrate my new pal, I went to the mall. Even poor authors need new shoes. 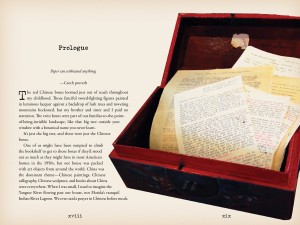