A Piece of Great Advice To Start the New Year

A Piece of Great Advice to Start the New Year

Six years ago when I sold my engineering firm to begin my life as a full-time writer, I got some great advice from my friend Dr. Sandy Shugart. Known in Central Florida for his leadership of extraordinary accomplishments among the nation’s 1200 colleges, as President of Valencia College in 2011, his school was named the top community college in the United States.

What is less known about Sandy is he’s also a very talented singer, song-writer, and an acoustic guitar player who creates urban folk music well worth seeking out. Sandy’s a quintessential multitasker. He’s someone who can whip an academic program in to top gear, read a book, while at the same time download his own music on to his iPod. I’ve always admired the guy.

Our conversation was a brief one that day; a chance encounter between his multitasking and my retirement party. It started with me relaying the mission that lay ahead as I transformed myself to an author.

“I know I have my hands full. I have to learn not only how to properly write words that will entice some future reader to offer up hours of personal time to read my stories, but I also have to learn about the business of book publishing.”  As he politely listened, I gave him a brief synopsis of the revolution going on in ‘the biz.’

As a nonfiction writer of history, I told Sandy “my job is to bring the dead back to life again.” He seemed intrigued.  “But first, I need Czech translators who can bring 400 multi-page WWII-era letters in to English so I can read them and understand what I’m dealing with so I can then write these meaningful stories.”  His eyes glossed over.  I tried to bring it back to his vocation.

“I need to do a lot of research so the stories unfold with the historical context they deserve.  Trouble is I’ve had quite a break in time since my college days when I last poured over history books.”

“And, oh by the way, I’ve never written a book before.”

I must have been droning on and on when Sandy looked at his watch and simply said: 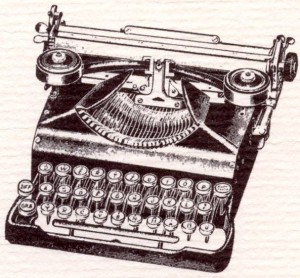 And then, he walked away. I knew right off it was brilliant advice. From one multitasker to another, he’d set me off on the right path to my life’s second chapter vocation with a reminder of the importance of focus.  If you are going to write a book, there are a multitude of activities which will distract you from the main thing.

The main thing was to complete the book; and to do that I had to: write, write, write. The rest will all fall in place. Somehow it did. I finished my debut book, Adventurers Against Their Will, and won the Best Biography of the Year in the 2013 Global Ebook Awards.   Thanks Sandy for the advice I bet you probably don’t even remember giving me.