Would you have had the courage? 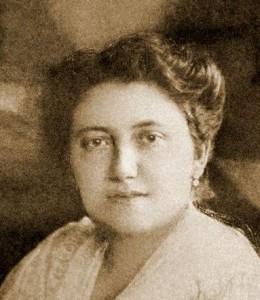 Today is International Holocaust Remembrance Day 2016, a time when we should all pause and think about the world for which we wish to inhabit.  A world of peace and friendship. A place where we live together celebrating our differences. The world where we seek to learn more about what makes each of us who we are and accept and cherish one another. An amazing planet where we hold in our hearts the chance to live in harmony, and we do something tangible to make this possible.

This day is also a time to remember a moment when humans did the most horrific things to other humans –while a few others reached out with extraordinary brave acts of kindness. If and when the Nazis discovered these brave souls deeds on behalf of others, their acts were punishable by death.  Would you have had the courage?

In 2005, the United Nations designated January 27 as an International Day of Commemoration in the Memory of the Victims of the Holocaust.  I never had a chance to meet my grandmother Olga Holzer, who was stolen from my father when she was a victim, along with my grandfather Arnost, likely at Sobibor death camp in Poland. I do, however, have her words from letters she wrote to my refugee dad as he traversed through five continents, looking for safe harbor.

October 1941 from Nazi-occupied Prague, my grandmother to her son,  my father, Dr. Oswald “Valdik” Holzer:

“We often regret that we did not travel to join you. I admit that we were afraid to be a burden on you in a foreign country. We wish to be united with you from the bottom of our hearts and souls, but now, of course, we will have to leave it to fate whether it decides that we should see each other again.”

Fate did not rule in their favor.

If tomorrow I faced the same kind of hate we saw in the Holocaust, I hope I will find the courage to be one who stands up to protect those in grave danger.  Better yet, I hope the world remembers the victims of the Holocaust and puts an end to hatred.