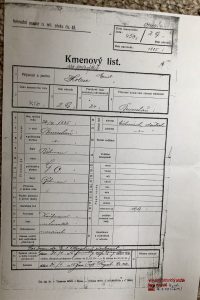 April 6, 1917 – The USA entered ‘the great war,’ later named World War I.  By then, my Bohemian Czech grandfather Arnošt Holzer was already embroiled having joined in 1915 the infantry regiment #102 in his Bohemian town of Benešov where he was sent by the Austro-Hungarian army to the eastern front. Arnošt became a prisoner of war o the Russians.  Later he served in a new role, fighting with other loyal Czechs for the allied Russians against Austro-Hungary, later, even Bolshevik forces.  In September 1918, Arnost returned home.  Soon after the great war’s end, the world recognized the independent state of Czechoslovakia. The military records show ‘Ernst,” German for the Czech name Arnošt. 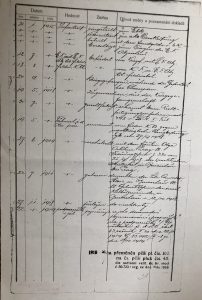