With the passing of Fidel Castro, I’m reminded of a time in the early 1960s when my parents offered to house a Cuban refugee family just after their escape from the tyranny of Castro’s regime. In our home in Indialantic came a small, very sad family who spoke little English and wished only to gain their homeland back. My Czech-American father understood this loss more than most, having lost his family and native land first to the Nazis and next, for 30 years, to the Communist party after Czechoslovakia slipped behind the Iron Curtain.

The Cuban family stayed only a few weeks and then reunited with relatives in Michigan. Freedom is a gift in America that we don’t often stop to think about why it matters. Our “rights” are supposed to protect against people who want to harm or hurt us. They are in place to help us get along with each other and live in peace.

The beautiful Cuban people lost many of their human rights when Castro decided to deny these rights— rights written in the Universal Declaration of Human Rights, developed by the United Nations in 1945 after WWII. The first truly universal human rights document for the world, Eleanor Roosevelt led the committee created this document. The Declaration grants rights for all in a list of 30 basic concepts, with #30 being: No One Can Take Away Your Human Rights.

The history of this idea has been around a long time – first documented on a clay tablet in 539 B.C. from statements made by Cyrus the Great. After conquering Babylon, he freed all the slaves to return home and declared people should choose their own religion. In 1791, the US Bill of Rights limited the powers of the federal government and protected the rights of all citizens, residents, and visitors on United States Territory.  It is still a work in progress for America.  With this passing Fidel Castro who took many people’s lives, rights, property, and dignity away – I hope now is a time for the Cuban people to peacefully ask to have their freedom and democracy restored.

This won’t come from building a wall.  It will come through America’s caring attitude and encouragement at this moment in history.  It happened in the Czech lands in 1989 with the Velvet Revolution which restored their freedom from communism.  It can happen again!  In 2011, Roger and I had the privilege of visiting Cuba and met many Cuban people who knew this day would come. To them I say we stand ready to help you enjoy freedom again. 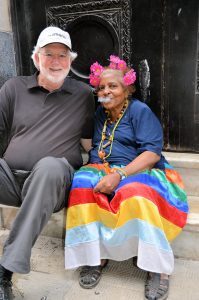 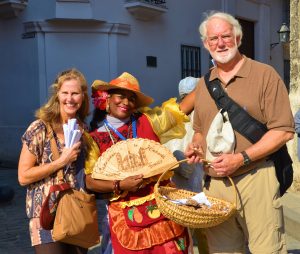