Against all odds, life goes on – the proof of it all!

This Geni.com flow-chart image at the bottom of this blog accompanied an email from a newly found distant relative:    The “You” that it’s drawing attention to is “Rafi Kornfeld” from Israel. The connection from him to me begins on his chart with Bertha Kantor who was sister to Ernestine (my great aunt) and sister to my grandmother: Olga (Orlik) Holzer.  All were born in a long ago Austria-Hungary in the magical land of Bohemia, now part of the Czech Republic.

I have learned many things over the past five years of family history research.  One is that the database development in support of doing genealogy research has exponentially improved.  www.geni.com is one of the bright spots. It has great software and collaborative efforts with both unrelated researchers and relatives around the world who wish to help complete the puzzle of life connections.  Rafi was one of those people who suddenly appeared on my Joan Holzer-Schirm home page as having “merged duplicate profiles for Ernestine Steiner and Lilly Steiner. Both were names that I recognized, along with Lilly’s sister Hana, from the massive WWII treasure trove of letters that my dad, Dr. Oswald Holzer, left behind to be found after his death. They are the cornerstone of my two books, the first: Adventurers Against Their Will.  I knew from translations that the women were relatives. I yearned to know the details of their lives. I learned they perished in the Holocaust but did not know any relatives of theirs survived.  Now I know that Rafi is like me: the living representation of the fact that the Nazis did not accomplish their evil final solution.

My dad, Oswald “Valdik” Holzer sitting with Hana Steiner circa 1938 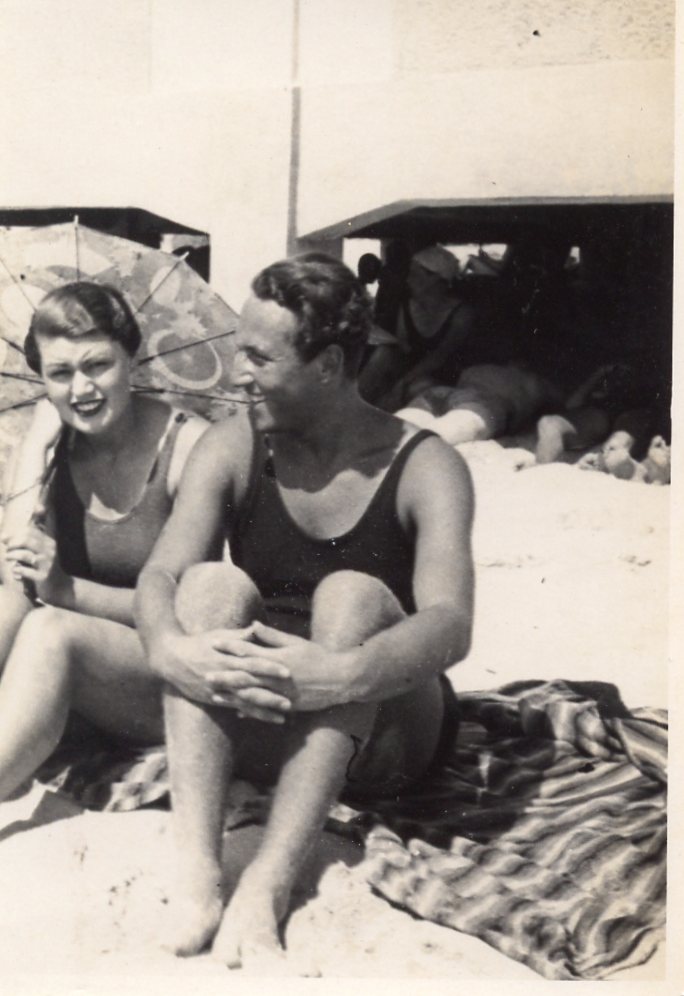