When Father’s Day rolls around…

Each year when Father’s Day rolls around, it reminds me that over the ages throughout literature that the relationship between fathers and daughters has been a topic of great interest.  My dad, who passed away seventeen years ago was during his life on earth always intriguing. His fun sense of adventure mesmerized me. Swaddled in a sense of history and causality, my quintessential optimist dad reveled in the present and put his trust in the future. His indulgence in my whims was only sometimes marred by his stubborn tendency to control a situation. Dad’s belief in strong discipline was a good thing because I never would’ve been able to discipline myself. For the most part, I greatly admired and adored my father. I wanted to be just like him.

It took me six decades to confirm that my dad was unlike any other person I’ve ever known. As I’ve studied his life in minute detail for my writing journey, I’ve grown to appreciate the influential role my father played in my life. Highly ethical and intelligent, proud, curious, artistic, hot-tempered, without a lazy bone in his body, Dad’s passionate love of the world and the people within created in me an everlasting curiosity for life and travel. His example of an empathetic willingness as a physician to always help improve a situation inspires my life.

Wherever Dad may be—always in my heart. 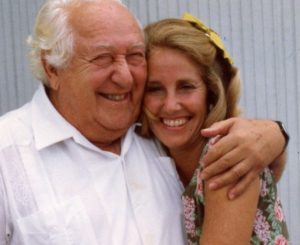